Several online newsportals, including The Edge Malaysia picked up on Zahid's comments, choosing to highlight what was deemed controversial thus spiralling his statement out of context.

His statement that has invoked the wrath of many, including several Pakatan Rakyat leaders, was when he urged Malaysians who wanted to practice the single transferable vote system to emigrate to republic countries practicing the system.

While it is true that Zahid did ask those unhappy with the current system to emigrate, it is also necessary to read the original comment piece in its entirety to understand what the former Defence Minister was trying to say.

Zahid's introduction in the self-written article for Utusan Malaysia was a straightforward summation of the popular votes issue that has been misunderstood widely in this country.

(Truth is, the Opposition coalition is disappointed that they were unable to conquer Putrajaya as they only managed to secure 89 parliamentary seats, instead they acted as though they had won Putrajaya on May 5.)

Zahid continued to point out that although PR had secured 51.78% of the popular votes as opposed to BN's 48.22%, Malaysia did not practice the list system or single transferable vote, instead Malaysia and many other Commonwealth countries practices the first past the post system, where political parties contesting in the election will only have one representative in each constituency with the principle of a simple majority of votes.

He then added that for those who wished to adopt the single transferable vote system, they should migrate to countries that practice their political beliefs.

Zahid did not ask unhappy Malaysians to move out of the country.

It should be noted that unhappy is a general adjective. Zahid did not say if a Malaysian is unhappy with alleged corruption, they should move instead of demand for a cleaner system.

His comment piece did not discount the fight for free and fair elections, or a corruption-free Malaysia.

The Home Minister was merely debunking the misunderstood notion of popular votes and how Malaysia does not practice it.

Infact the entire point of his article was merely that the Opposition coalition appears to not be able to accept defeat.

He also raised the point of why Pakatan Rakyat did not question the results for Penang, Selangor and Kelantan.

Online newsportal, Free Malaysia Today in their reaction piece towards Zahid's comments, quoted Petaling Jaya Utara MP, DAP's Tony Puas as saying that Zahid had missed the point, insisting that Malaysians are not disputing the nature of the country's political system, instead is upset with corruption that tipped the favor to BN winning the elections.

Pua reiterated his stand that the electoral boundaries have been excessively corrupted over the past decades.

While there has been an ongoing protest demanding free and fair elections in the country, Opposition leader Datuk Seri Anwar Ibrahim also raised the point of popular votes, using that to reaffirm his claims that Pakatan Rakyat is the rightful winner of GE13 because a majority of those who went out to vote on May 5 voted for them.

As mentioned earlier, Zahid's piece in Utusan Malaysia was not a commentary on whether or not the Electoral Commission (EC) is free from corruption.

Instead it was a straightforward rebuttal of Anwar's misuse of the issue of popular votes.

To sum it up, Zahid's statement can be interpreted in this analogy: if a gay couple in Malaysia wishes to be married and have their union recognized in a court of law, it is best they move to a country that acknowledges gay unions because Malaysia does not.

What has happened however is that the statement was spun to say that all gays living in Malaysia should move to San Francisco.

Kudos Zahid Hamidi for saying what should be said of the Pakatan sore losers.
Posted by eddy at 15:58

Amazing to the extent the Chinese and Malay Jews control the media. Every single statements are being distorted.

I agree with your comment that Zahid was rebutting Anwar's claim that PR won the majority of votes...hence, it should be in Putrajaya. Anwar, the Spinmaster, is using this line of argument to whip up opposition to the government and take to the streets.

Anwar should realise that an "Arab Spring" type government will not last. Look at the Mid East countries where this happened. Leaders come and go and their countries are still in turmoil. Do Malaysians want this to happen to our beautiful country????

A majority of Malaysians want KDN to take tougher action against these rabble-rousers. They have no right to cause hardship to a majority of us who voted for the government in power.

You have lost PR...accept it and move on!

Thank You for visiting. I blog as and when I have something to say, blogging keeps the mind active and nimble.
Disclaimer:
Readers are cautioned to make their own judgments and not take any issuance of any of the blog posts as authentic or genuine. 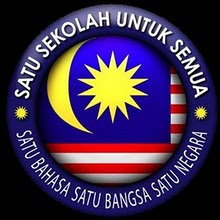